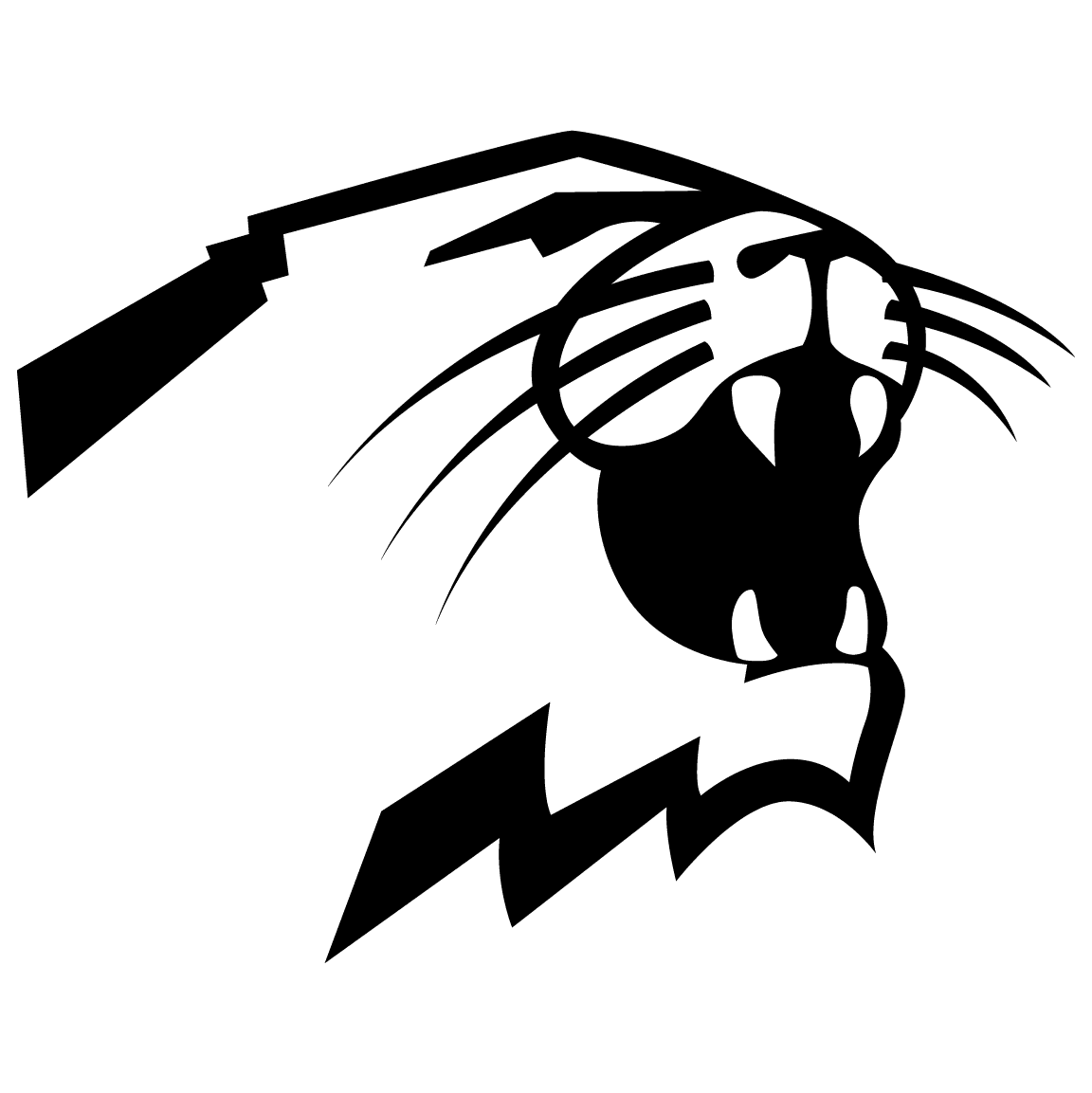 We would love to hear from you!

If there is anything we can do to help you, please feel free to reach out to our office. 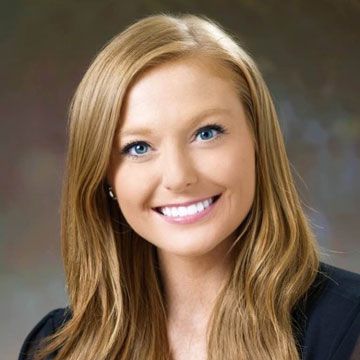 Prior to Blackbourn joining the Wildcat family, Amy served as a member of the University of Wisconsin Athletic Development team as a Development Officer and Premium Development Account Executive under Legends. Her primary duties included leading fundraising efforts for the annual fund as well fundraising for the CR Future project, a $77 million-dollar comprehensive renovation of the south end zone of Camp Randall Stadium.

Before transitioning onto the Development team at Wisconsin, Blackbourn worked for the University of Wisconsin Athletic Business office as a financial specialist providing administrative and financial support to all 23 programs. She also assisted with the contract management of all athletic agreements and tracking of development pledge documents. 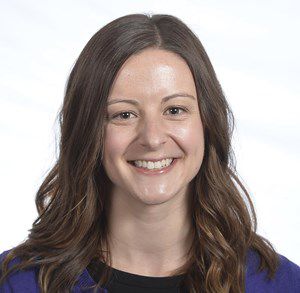 Dohrmann oversees all Athletics and Recreation annual giving while carrying a portfolio of major gift prospects and donors. She leads collaboration efforts with the University's Annual Giving Team and serves as the fundraising liaison for football, men's basketball, field hockey and volleyball. Dohrmann is also a member of the athletic department's Senior Staff.

Prior to NACDA, Dohrmann completed her MBA with a concentration in sports management at DePaul University, while serving as a graduate assistant in both athletics academic advising and compliance.

A native of Crystal Lake, Ill., she and her family currently reside in Chicago. 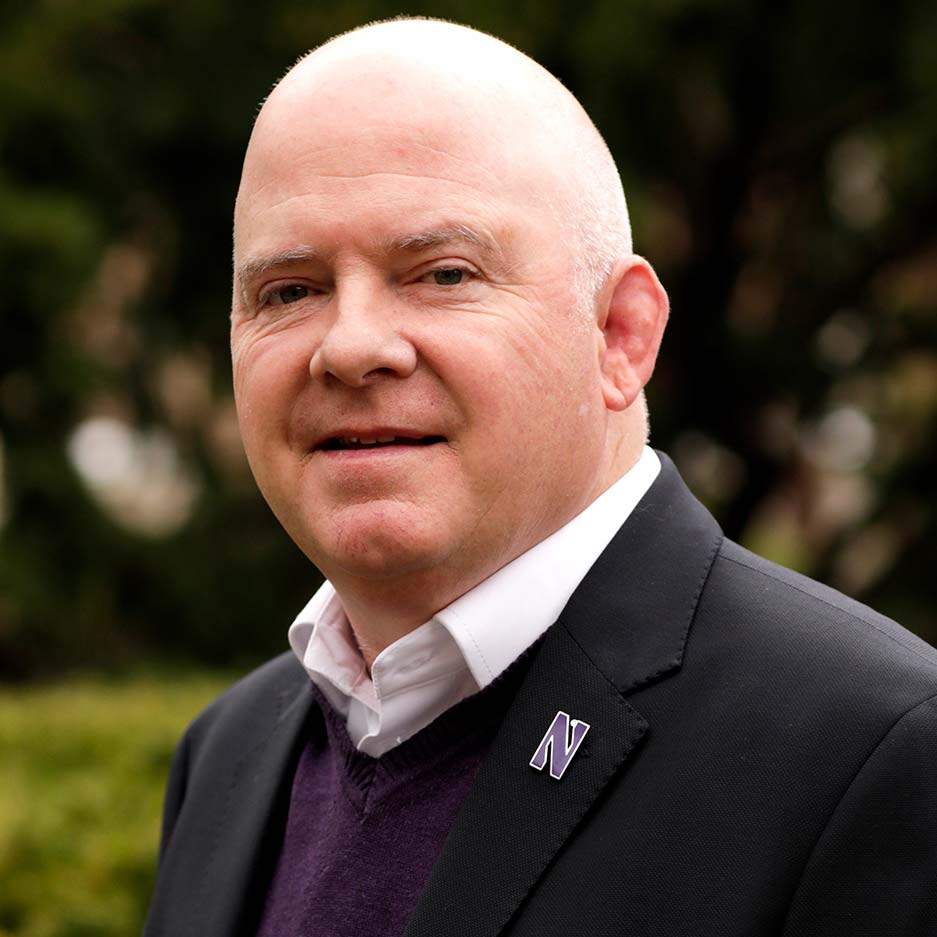 Griffin has led various impactful fundraising initiatives for Northwestern, closing 60 major gifts totaling more than $28 million through the We Will. Campaign. He has managed the Chicago Regional Campaign Committee while working as senior associate director of major gifts and then as director of Development on the major gifts team. He also served as a Wildcat assistant wrestling coach in the 1990's for six seasons before moving on as a development fundraiser for the 'Cats in September of 2000.

Griffin's tremendous success as a Wildcat fundraiser stem from his competitive days as NU's all-time winning wrestler. He was the 1990 NCAA Wrestling champion at 118 pounds, a two-time All-American in 1989-90, back-to-back Big Ten champion in 1989-90 and was honored as the recipient of the prestigious Medal of Honor in 1990, and qualified for the 1992 U.S. Olympic Team as an alternate. He was enshrined into the Northwestern Athletic Hall of Fame in 2002.

Griffin married his college sweetheart, Monica (McC'89) and they have two children, Jacob (University of Richmond), and Ethan (T.C.U.). 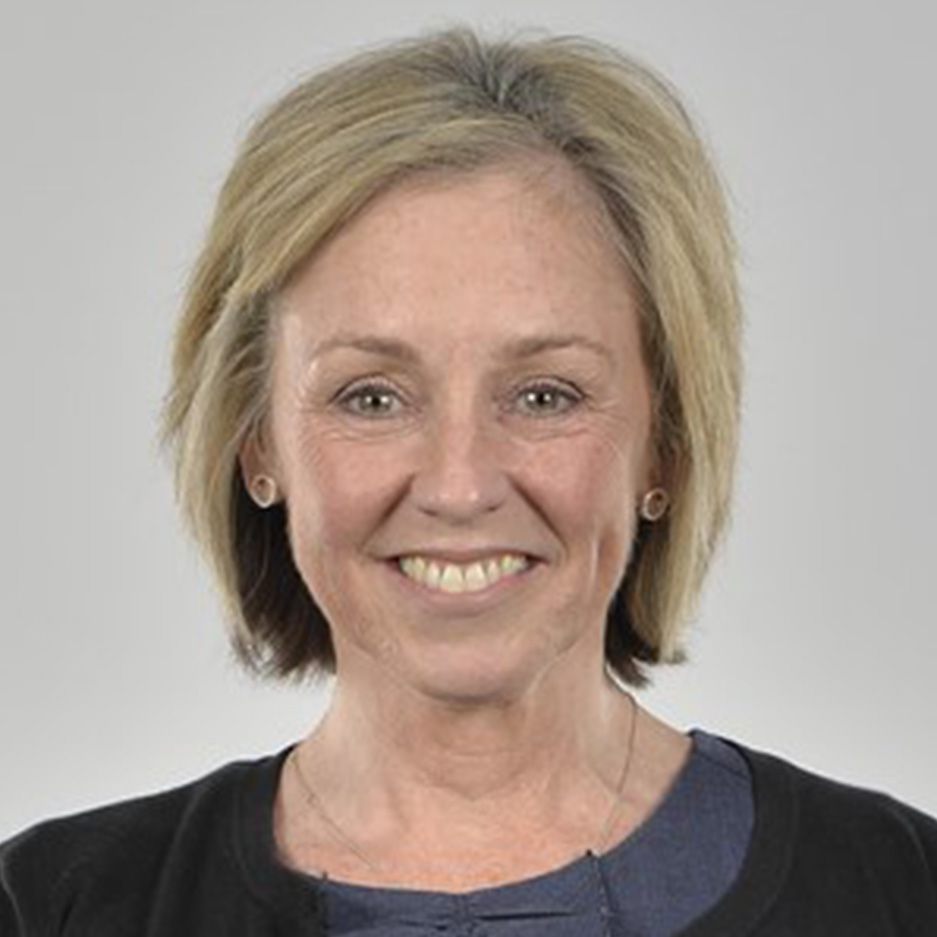 Prior to arriving in Evanston, Steven served as a Development Assistant for the Tennessee Fund at University of Tennessee. He managed a team of interns and student workers who monitored a customer service line for Tennessee Fund members, and assisted with various projects for the Annual Fund, Major Gifts, and Operations teams.

In 2018, Steven graduated from University of South Carolina with two bachelor degrees in finance and risk management & insurance. While an undergraduate, he was a men's basketball manager for the Gamecocks, and was on staff during an NCAA Tournament Final Four in 2017. 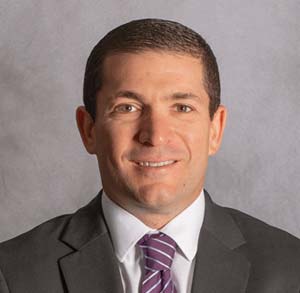 Marks has served as executive director of the Miami Dolphins Foundation since 2019, guiding the foundation in its mission to make South Florida a healthier, more educated and united community. He directed the foundation's signature fundraising programs, including the Dolphins Cancer Challenge, which has raised more than $45 million in unrestricted gifts for innovative cancer research at Sylvester Comprehensive Cancer Center at the University of Miami Miller School of Medicine, as well as The Miami Dolphins Food Relief Program, raising over $5 million to battle food insecurity in South Florida caused by the COVID-19 pandemic.

A University of Miami graduate and south Florida native, Marks spent three years as the Hurricanes' senior associate athletics director for development prior to his time with the Dolphins. He was responsible for all fundraising operations for the Department of Intercollegiate Athletics, including campaign oversight, major gifts, annual fund, donor stewardship, event hospitality and coordination with the university's central advancement efforts. He also was the sport administrator for the nationally ranked men's tennis program.

During his tenure as head of the Hurricane Club, Miami Athletics raised more than $210 million, enhancing the school's core athletic facilities and student-athlete services through private philanthropy. Notable projects during this time included the $18 million Schwartz Center for Athletic Excellence, completed in 2013, and the $40 million Carol Soffer Indoor Practice Facility, completed in November 2018. There also were multiple million-dollar renovation projects funded through various fundraising campaigns under Marks' direction, including updates to the Watsco Center (on-campus basketball arena), the Hecht Athletic Center and the creation of the Women's Golf Practice Facility at the historic Biltmore Hotel.

Previously, Marks served as assistant director of development at Wake Forest University, where he managed relationships with more than 150 athletic donors in the southeast, including South Carolina, Georgia, North Carolina and Florida. He also was assistant athletics director for development at Florida International University, where he led all development operations, including the Panther Club, major giving, and stewardship programs.

Marks is a member of the National Association of Athletic Development Directors (NAADD) and served as an adjunct professor in the University of Miami's School of Education Sports Administration Program, teaching sport promotions and sales. In 2019, Marks was recognized by the "South Florida Business Journal" as a "Forty Under 40" honoree, representing top young professionals in the South Florida community.

Marks earned a bachelor's degree in political science and a master's degree in sports administration from the University of Miami. 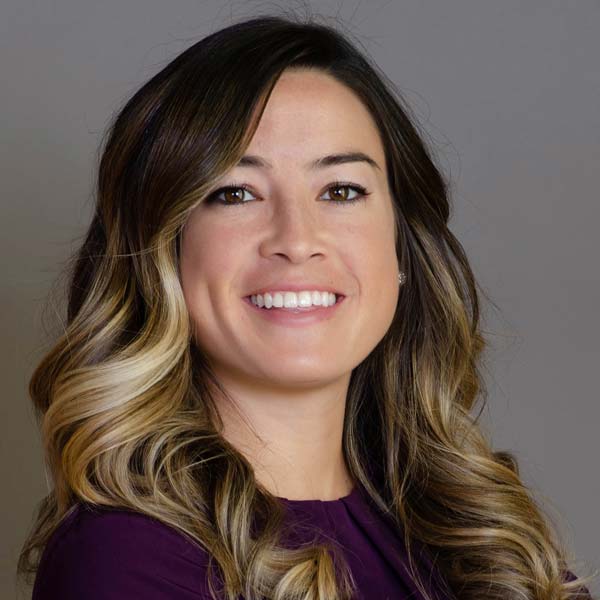 Alicia Torimoto McLeod joined Northwestern in August 2016 as the program assistant for the Wildcat Fund.

Prior to returning to her alma mater, Torimoto McLeod completed her Masters of Education in Intercollegiate Athletic Leadership at the University of Washington. During her time at Washington, she was an advancement graduate assistant with the Tyee Club working on special events, football ticket renewals, and annual giving assignments.

In 2013, Torimoto McLeod graduated from North Central College with two bachelor degrees in marketing and sports management. While an undergraduate at NCC, she was an administrative intern for the Athletics Department, operations intern for the men's soccer team, served in numerous athletic leadership groups, and was a student-athlete in both volleyball and track & field. 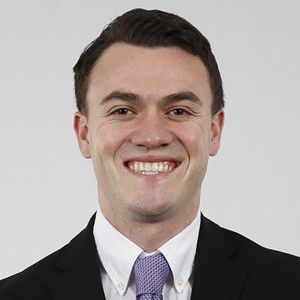 Prior to arriving to Evanston, Milani spent nearly three years at The United States Military Academy. Milani first joined West Point as the Assistant Director of the Army A Club in May of 2019. In February of 2021, Milani was promoted to Associate Director of Leadership Gifts where he played an integral role in supporting the fundraising efforts of a $95M Michie Stadium Preservation Project. In 2021, Milani successfully raised $5M.

Throughout his time at West Point, Milani managed over 450 A Club members and successfully closed multiple seven-figure gifts. Over the course of nearly three years, Milani and his team generated $23.4M in annual fund support. Through collaboration with coaches and administrators, he also spearheaded a “naming opportunities” project for Army Athletics facilities which has substantially enhanced Major Giving fundraising efforts for the Academy.

Before arriving to West Point, Milani had stints at both Wake Forest University and The University of Alabama. While in Winston-Salem, he served as a Development Assistant of Major Gifts in the Deacon Club, where he managed a major gift calling officers pipeline that generated over $21.6 million in commitments. Prior to joining the Demon Deacons, Milani got his start in fundraising as an Athletic Development Graduate Intern with the Crimson Tide Foundation at The University of Alabama.

Milani is a two-time graduate from The University of Alabama, having earned a Master's degree in Sports Business Management in 2018 after graduating with a Bachelor of Science in Marketing in 2016. The Orange County, Calif. native also earned an online certificate in Entrepreneurship Essentials from Harvard's online business school in May 2021.

Before heading north to Evanston, Murray served as Assistant Athletic Director for Advancement at the University of Illinois Chicago. At UIC, Murray developed and managed a portfolio of leadership annual giving donors while helping to foster a culture of engagement and philanthropy among the Athletics Advisory Council, UIC Lettermen's Club, coaches, alumni, and parents of student-athletes. Murray oversaw all annual giving, development services and donor relations programs in support of the Flames Athletic Fund.

A native of Philadelphia, PA, Murray came to Chicago after spending nearly two years as the Associate Director of the Army A Club at the United States Military Academy. There, he was an integral contributor to an annual fundraising team that surpassed a goal of $7.2 million in 2017 through in-bound and out-bound phone calls, referrals and in-person visits. Murray managed a comprehensive portfolio of approximately 500 donors representing philanthropic and transactional donors.

Prior to arriving at West Point, Murray worked as an Assistant Development Officer at the University of Pennsylvania. Murray co-managed fundraising efforts for basketball, squash, tennis, volleyball, and wrestling, while overseeing the efforts for Penn band, cheer squad and 36 sport club teams. His team at Penn exceeded annual fund goals each year from 2014 through 2016 and raised a total of $22.8 million dollars in during the 2015-16 academic year.

Murray also gained valuable experience as an Account Executive for Ticket Sales and Service with IMG Learfield Ticket Solutions at their Temple University property. In his first six months, he generated nearly $160,000 in new and renewal business.

Murray graduated from Temple University's School of Sport, Tourism and Hospitality in 2013 with a Bachelor of Science in Sport and Recreation Management in May 2013. 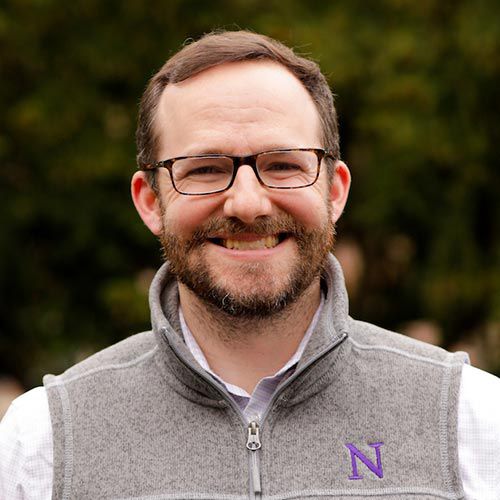 Matt Smith took on took on his current role of Director of Athletics Operations, Special Events, and Premium Seating in December of 2021. In this position, Smith plays a frontline role in securing major gifts benefitting Northwestern Athletics while also overseeing the teams internal operations and several aspects of re-imagining Ryan Field as the team looks to execute the renovation project. He joined the athletics development team as a program assistant in January of 2013 before being elevated to Assistant Director in June of 2015, Associate Director of Leadership Giving in June of 2016, and Senior Associate Director for Major Gifts, Director of Premium Seating in August of 2021.

In his previous positions, Smith lead the prospect and portfolio management efforts for the team, assisted the executive director with major and principal gift level solicitation planning, campaign reporting, front line fundraising, and secured leadership and major gifts benefitting Northwestern Athletics. Matt has often served as the first point of contact for athletics donors, including assisting with premium ticket requests and general stewardship.

Prior to joining the Northwestern athletics development team, Matt spent two years in NU's Department of Alumni Relations and Development. A native of Elmwood Park, IL, Matt holds a BA from Northern Illinois University. Matt and his wife, Jackie, who works for Northwestern's School of Professional Studies, live in Evanston with their daughter, Allie.